Who are these people? A glimpse of and beyond our professional lives… 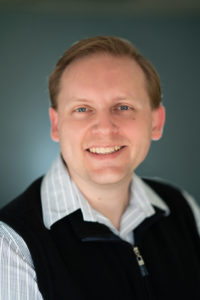 Roger has been working professionally in the tech industry since 2001 and has been working with computers since he was a teenager. Roger builds computer systems, consults on security, develops software and websites, and routinely consults on equipment, software upgrades, virus and spyware security and other computer related activities. Roger’s specialty is his ability to work in mixed environments of Windows, Mac, and Linux systems. Roger knows 5 different programming languages and his background in video and audio production combined with his extensive knowledge of computers allows the company to produce some of the best, cost effective, cross-platform solutions available in the area.

Outside of work, Roger has a black belt in Tae Kwon Do from Hong’s Tae Kwon Do and enjoys playing music on piano, sax, or occasionally clarinet with the Wauwatosa Community Band and local community theaters including Sunset Playhouse, Concordia University, and the West Allis Players. Roger also holds an `Extra` class amateur radio license, callsign AC9BT and is active in the Milwaukee Radio Amateur Club and ARISS (watch our first station test video). 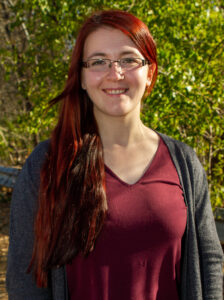 Becky graduated from Waukesha County Technical College in May of 2021 and got a job at Tech Lab that following September as a software developer. She has been tasked with creating new applications and features for existing applications as well as updating websites. Outside of Tech Lab she has worked in the field of IT since early 2020, where most of her time was spent doing UX work.

In her free time, Becky enjoys rock climbing and going on adventures with her dog. Sometimes on the weekends she likes to play Dungeons and Dragons with her fiancé and a small group of friends.